Home
|
Composition
|
A Village Doctor Paragraph & Composition For All Students 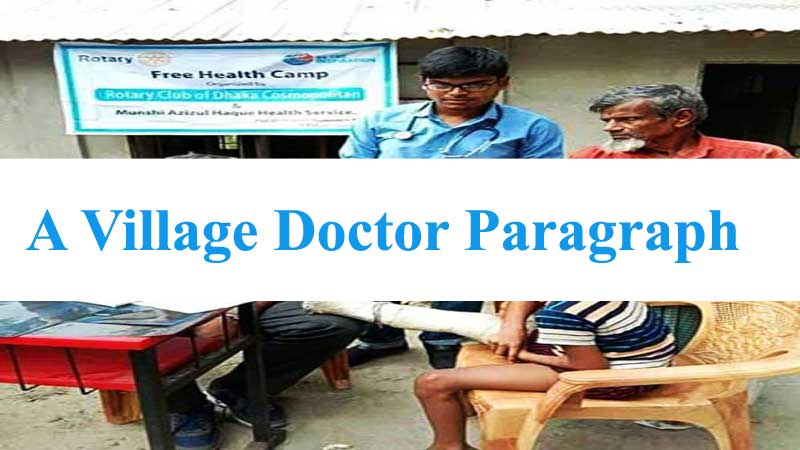 A Village Doctor Paragraph: A village doctor is known to all in his village. He is not a qualified man. He is a prominent man in the village. He is generally a quack. At first, he works under a qualified doctor in a town. There he learns something about medicine and gains some experience to treat patients. Then he goes to his village and in the course of item turns out to be a doctor himself. A village doctor has his dispensary in the village. He gets up early and prepares for the day’s work. He attends his visiting patients. He also goes out to visit the patients who cannot come to him. Sometimes he is called in at night. Then he charges a higher fee. But he does not refuse to visit a patient even at the dead of night.

A village doctor may not be a good doctor, but he has great respect for his profession. He Has also great love and feeling for his patients. He treats them with love and affection and takes great care of them. He is also kind to his poor patients and often gives them medicine free of cost or on credit. For this, the villagers look upon him as their friend and wellwisher. So he possesses a high position in society. He has some influence over the villagers. Thus he is an important and useful member of the village society.

The Man who gives the medical procedure to the village people is known as a village doctor. A village doctor is the man of significant influence in society. He is well known to the villagers. He performs excellent service to the villagers when they fall ill. He is not well qualified. He does not have a proper education. He gathers experience by operating under a qualified doctor or in a drug shop. His dispensary offers a poor representation with one or two worn out almirah, an old wood chair, a cracked table, and one or two seats. The village doctor leads a tough and busy life. He gets up early in the morning. He begins to attend the patients present at his dispensary just at 8.00 am and finishes at late hours of the night. Though he sometimes worsens the disease of a patient, he is the most committed person the villagers. He is the real friend of the villagers because they find him whenever they call him. He shares their weal and woe. He consoles them and hears the words of hope. He treats his patients with sympathy.

Introduction: Bangladesh is a densely populated country. In consolidation to her population, the numbers of doctors are a few. So, a village doctor is a person of great importance. He is quite familiar to the villagers.

Description: The village doctor is not qualified. He does not have proper schooling. He catches the job of a salesman in a medicine shop or the works as a compounder under a qualified physician. He also reads some medical book at home. Thus he picks experience. He also learns the art of pushing injections, stitching, and bandaging. Then he set up a dispensary offers a poor show. There are 2 or 3 old almirahs in which he preserves his medicines. He has a poor wooden chair to sit on and a burst table of poor quality. There are one or two benches for the visitors and patients to sit on. 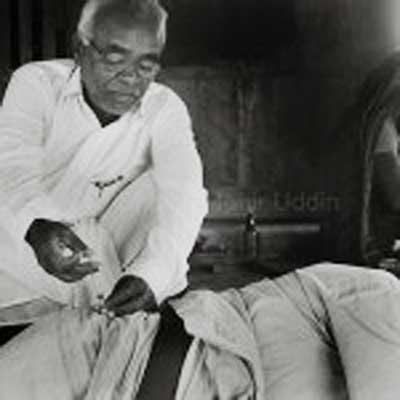 Activities: The villager doctor leads a tough and busy life. He gets up quick in the morning, takes his breakfast and becomes able for the day’s work. He begins to attend the patients who gather at his dispensary. After completing the job of examining the patients, prescribing and giving the medicines. He goes out to attend the patients who are unable to go to his dispensary. He returns late in the afternoon fishing his daily round.
Then he takes his meal and enjoys rest for the benefit of his health. In the evening he again becomes ready to attend to his patients. He does not mind in visiting a patient lying in critical condition during the late hours of the night.

Conclusion: The village doctor is not so well off. He is satisfied with what he earns. He does not hanker after money. Medical treatment to the villagers is his noble mission in life. His joys know no bound when he sees his patients recovered. Though he is not much qualified, he is of great help to the villagers.